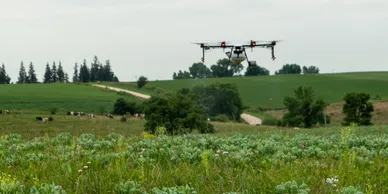 This week Rantizo became the first company approved for agricultural drone spraying in three additional states, further expanding the company’s territory to include Illinois, Minnesota, and Nebraska. The Iowa City based ag tech company is now the first and only approved for drone spraying in five Midwestern states: Iowa, Wisconsin, Illinois, Minnesota, and Nebraska.

“I really thought a farmer we were spraying for last week in Wisconsin said it well,” Ott mentioned. “He said, ‘I knew drones were coming to agriculture, but I didn’t realize that day was today.’”